This is one blog post I didn't ever want to write.  It may be good for me...it may not.  I will find out as I go.  Beckett is no longer with us. Osteo has taken him. My thoughts are random and chaotic... I haven't even decided if I will  ever post this.

It seems impossible that he's not here. Sometimes I pretend he's just off on an adventure with his friends... 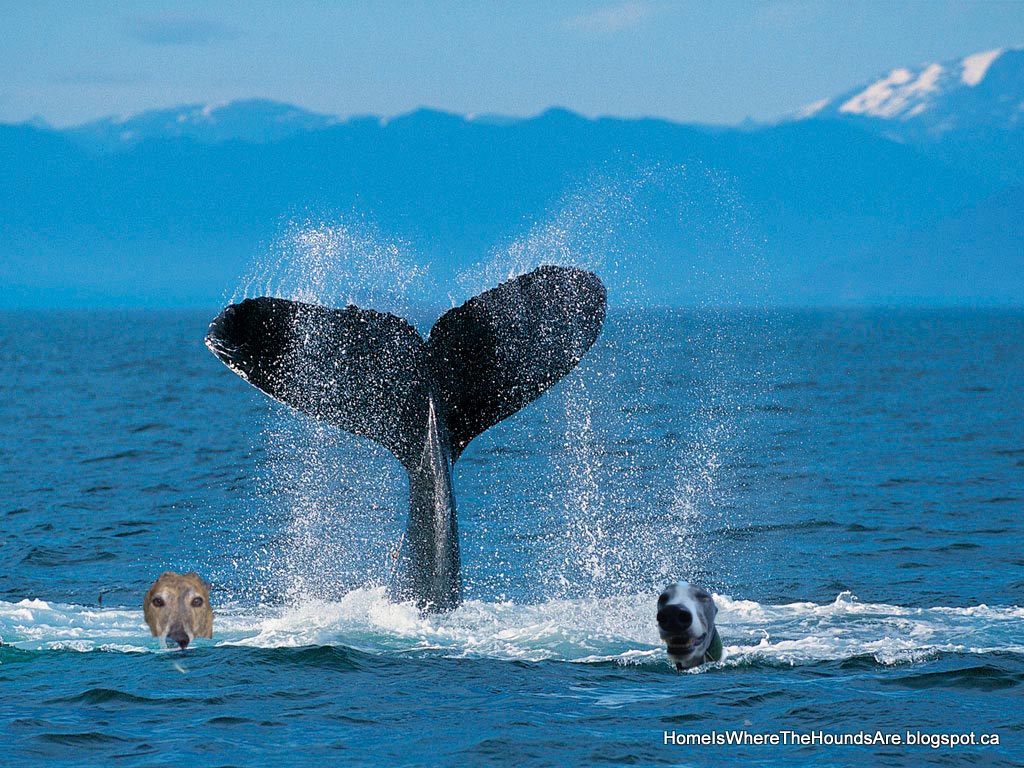 That's one reason I think I need to write this.  I guess I need some kind of closure.  As they say, life goes on... time heals all wounds... and all those things that people like to say.
So here we go... 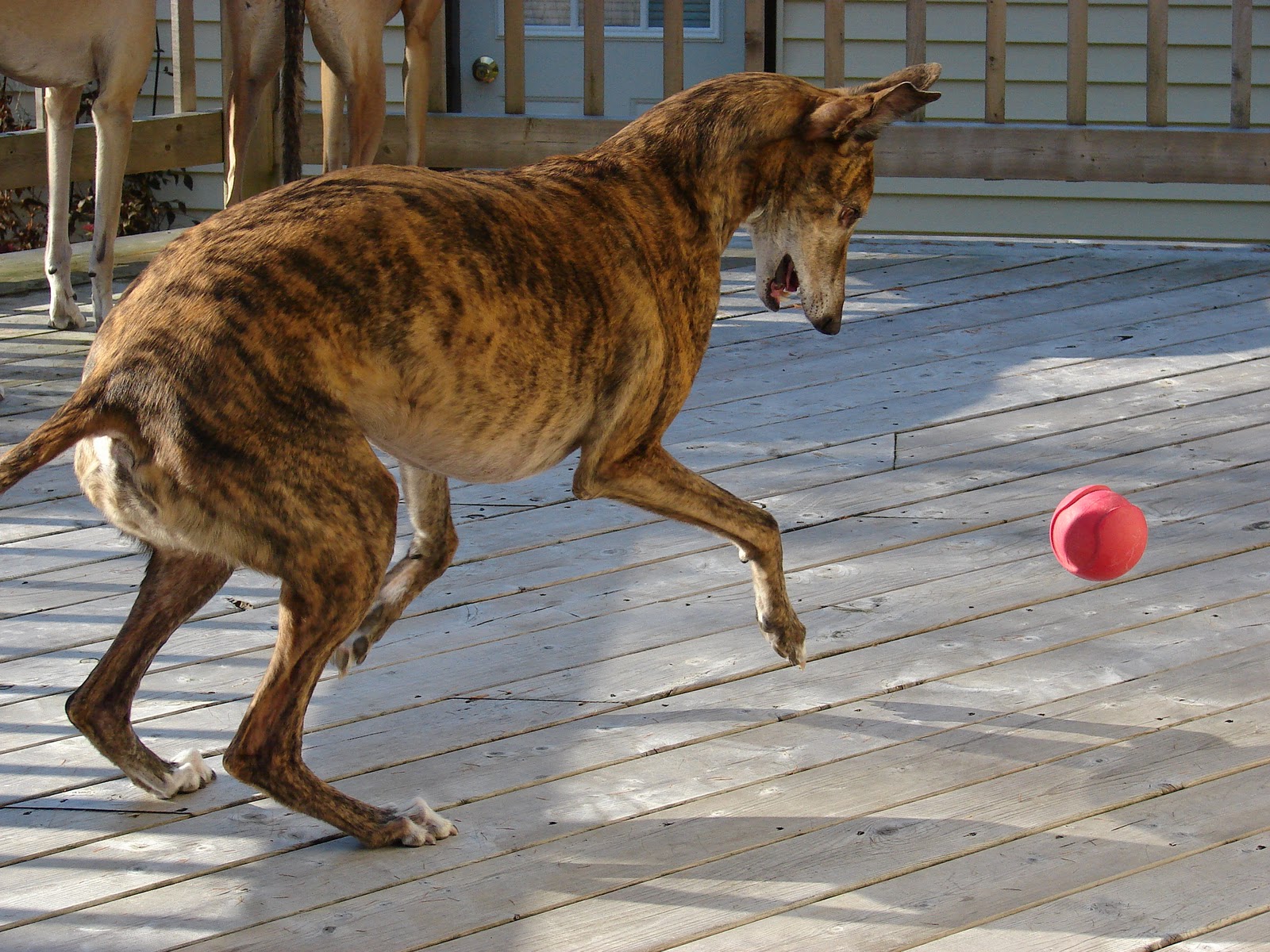 This is how I want to remember him.  If he was awake, he had a toy with him. Sometimes even when he was asleep. From the first day he came bouncing into our lives, he was a happy go lucky boy who never failed to make us smile and laugh with his antics.  To say he enjoyed his "retirement" would be an understatement!
Every once in awhile, he would have a bit of a limp.  I panicked over it the first few times...as we all do.  I think I even posted about it once.  He had some arthritis, but that didn't slow him down much.  So when he started limping again before Christmas, I really wasn't worried.  It was winter...we hadn't been walking as much as normal and I assumed it was "just a limp".  Then when it didn't improve, we had x-rays.  They showed a lot of bone spurs and severe arthritis.   So it was going to be OK, right?   That just comes with age....
Medications were prescribed and increased... and increased.  He was still in pain unless he was so drugged  that he just slept.  We did acupuncture, we did holistic treatments and we hoped.  The living room was turned into a giant bed and I slept with him on the floor when he could no longer get up on the bed. He lost weight rapidly, mostly muscle definition.
One of his vets came to the house to do his acupuncture, after a very sleepless night.  There was a visible lump that appeared almost overnight, on his shoulder.  Another x-ray scheduled...
It couldn't be.
But it was.  As we waited in the lobby after he had his scans, I bargained with whatever "higher power" or "fates" or who ever might be listening.  As soon as the doctor appeared and started walking towards us, I knew.  I wanted to grab Beckett and run. If I never heard the words, it wasn't true.   But I didn't.  I stayed and the 25 feet she had to walk to get to us seemed like it took months.  She asked if I wanted to see the x-ray and like a robot I went back and I saw it.  That ugly black-spotted cancer.  As I looked at it, Beckett was busy getting everyone who walked near him to give him treats.  It seemed so surreal.
So we left and came home. We had a good night together.
The next day we let him go.  It was Valentine's Day. That seemed fitting as he will always be in my heart. 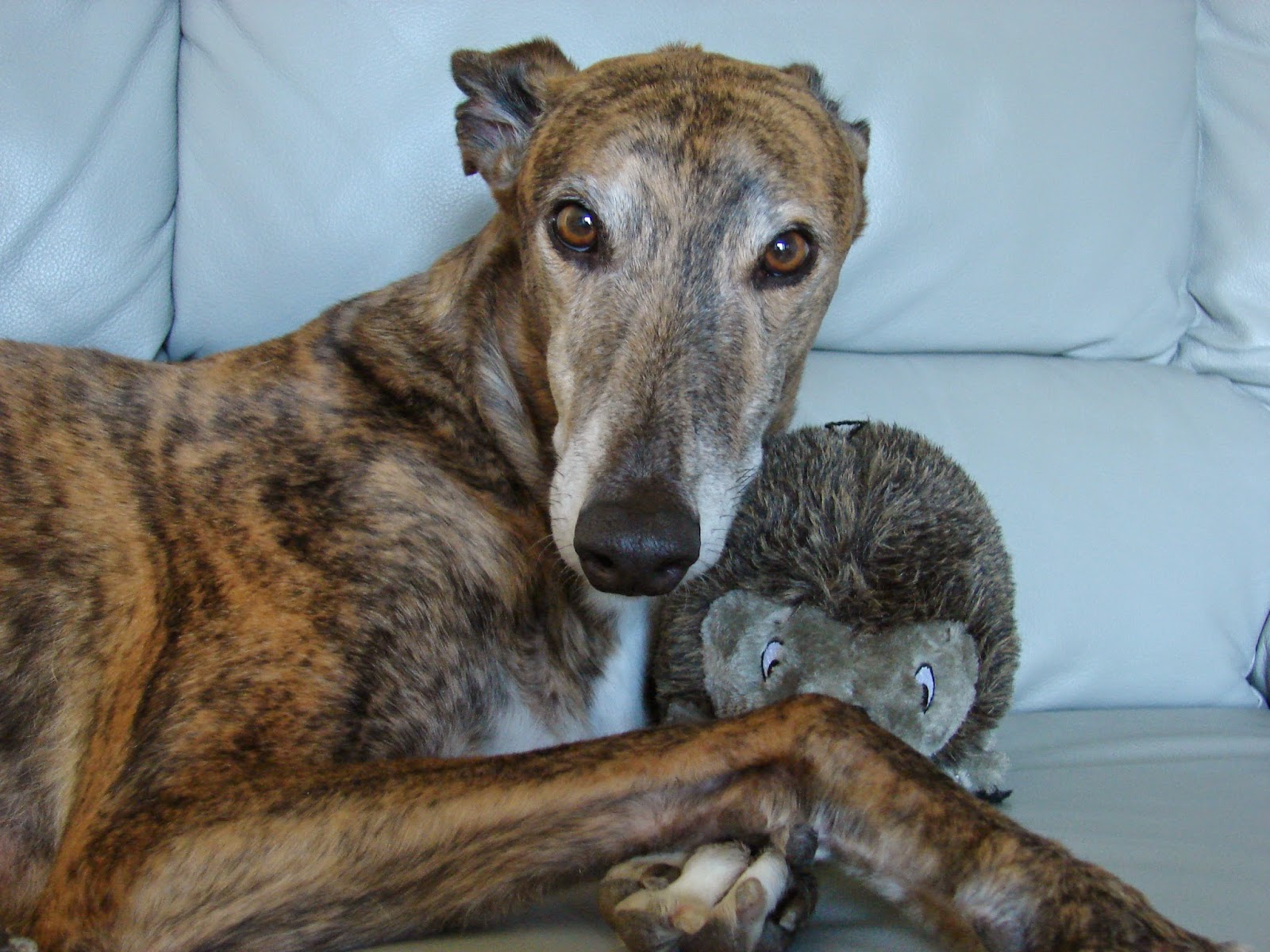 ﻿
﻿
Posted by Angela J. at 21:34
Email ThisBlogThis!Share to TwitterShare to FacebookShare to Pinterest