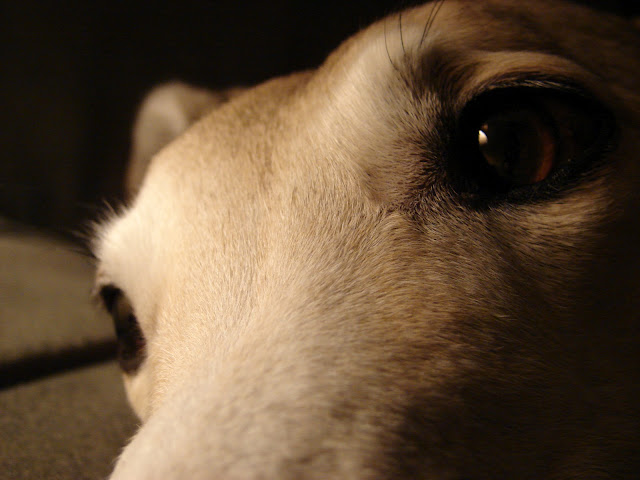 Miss Veil here today...I thought I would show a few pictures of the dogs that lived here before me.  I know that they had Mama's heart and are still there in corners kept just for them, but I'm not jealous...they just made it bigger so that even though they passed on, there was room for the rest of us to fill it up. 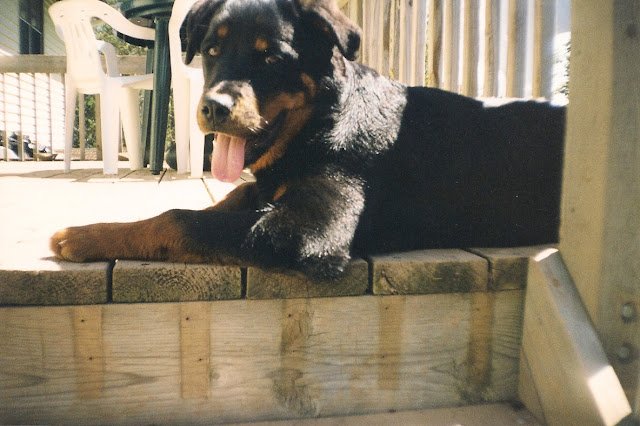 Miss Holly left us much too soon.  She was only 4 and a half years old. At 3, she tore her anterior crutiate ligament and while waiting for surgery, she developed Immune mediated hemolytic anemia, which is a disease where your body fights against its self, killing its own red blood cells.  We almost lost her the first time but she fought hard and had one good year in remission before it started again.  We tried to fight it again, but the medication to help her was just too hard on her body.  I regret making her hang on as long as I did the second time, I was selfish and wasn't ready to let her go. 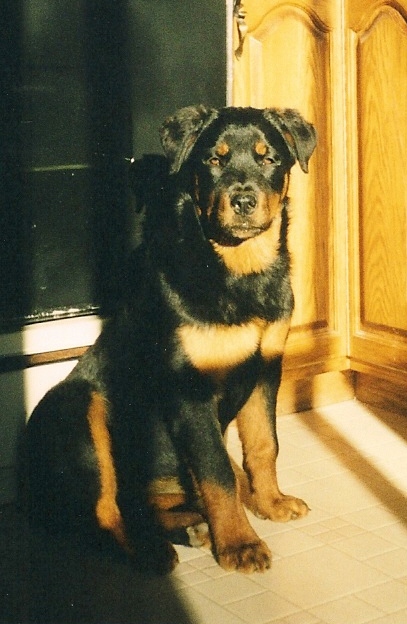 He was a character, unlike any I've seen before or after.  I think it may have come from being bottle-raised and the only pup in his litter who survived.  His mother did not want anything to do with him, and he was in danger around her.  He really had no idea he was a dog. At 5 months old and 39 pounds when we adopted him, he was a handful.  He had a head like a brick and a heart of gold. According to him, I belonged to him.  Tuff developed diabetes later in life and I had to test his blood-glucose and give him insulin injections, twice a day.  He became so used to it that he would go lay on his bed and hold his elbow out so I could get the blood for the reading.   He left us at 10 years old after getting pneumonia.  I was with him at the Atlantic Veterinary Hospital until the very end.  As much as I hated to lose him, I have no regrets.  He had a great life, a life that many in the beginning said he would not ever have. 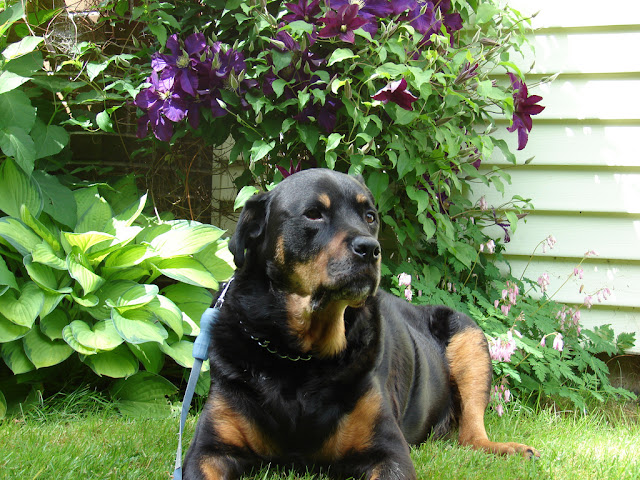 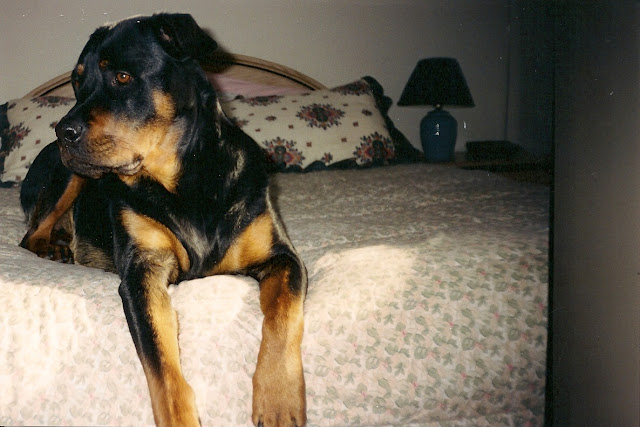 They really become good friends.  Holly was good for Tuff, she taught him alot of things that he didn't learn as a puppy. 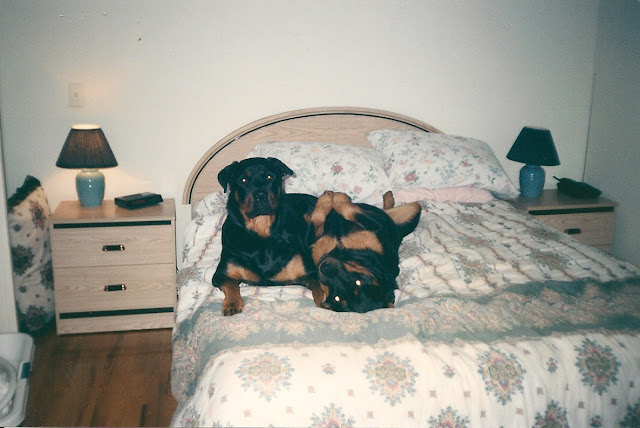 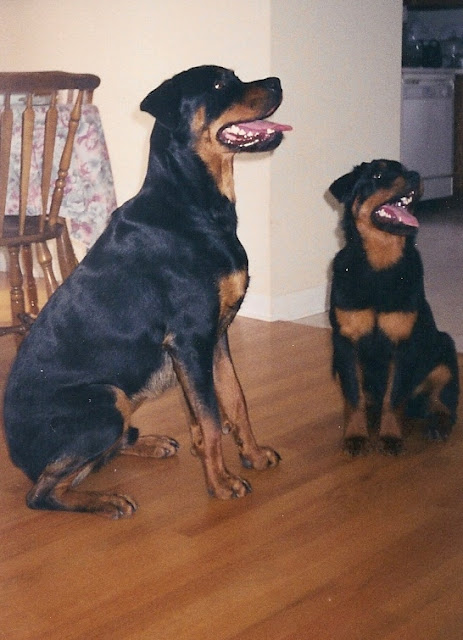 They both taught me a lot.  I think they would be pleased that we didn't shut the door on bringing other dogs into our lives.  So - then came the greyhounds.