Last week, Maddy got stung by a hornet while laying out on the deck.  Veil had already experienced this first hand last year.  Now both of them are paranoid of anything that flies around.  A hornet nest hunt was initiated and one was found under the deck, built on one of the joists.  It was quickly disintegrated by the garden hose. 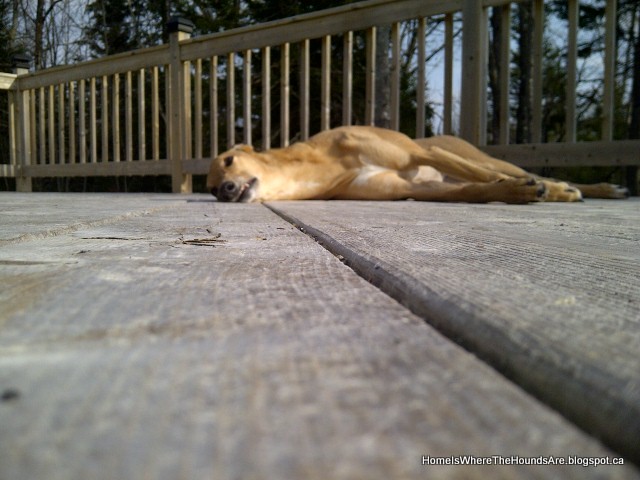 We went to the trailer for the weekend and when we arrived, I turned on the a/c and the fan didn’t seem to be running.  Darren thought perhaps it was seized.  Of course we didn’t have a step ladder with us so he could get on the roof of the trailer.  We finally found one at a neighbours’ site, but it was only about 5 feet tall; that meant precariously perching it on a picnic table so he could get up on the roof.  He soon discovered the cause of the blades not turning on the a/c unit – it was a football sized hornet’s nest.  Just what we needed.  I am glad it wasn’t something expensive and Darren was able to get rid of it (after only  a couple of stings).   I was  a little worried that when the rest of the hornets came back looking for the nest, they wouldn’t be too happy with us.  Luckily the hounds didn’t see them and no panic ensued; until today when a housefly appeared in the trailer.  I had lost the end of my flyswatter in the early hornet’s nest removal so we managed to shoo the fly out the back door while Maddy paced in the front.  Once it was gone, everything returned to normal. 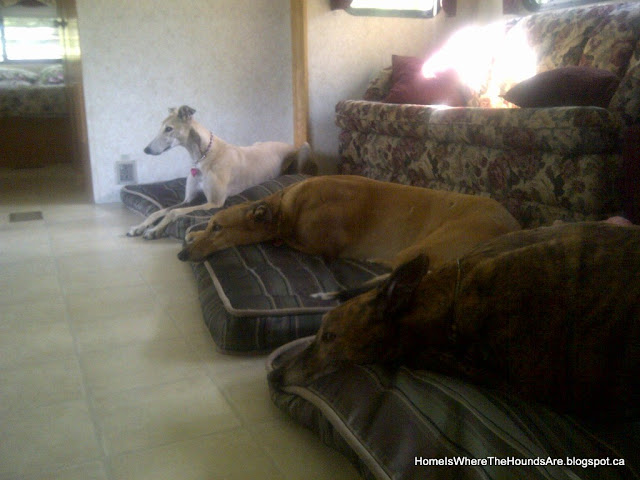 Beckett and Veil "shared" the bed for awhile, which doesn't happen often. 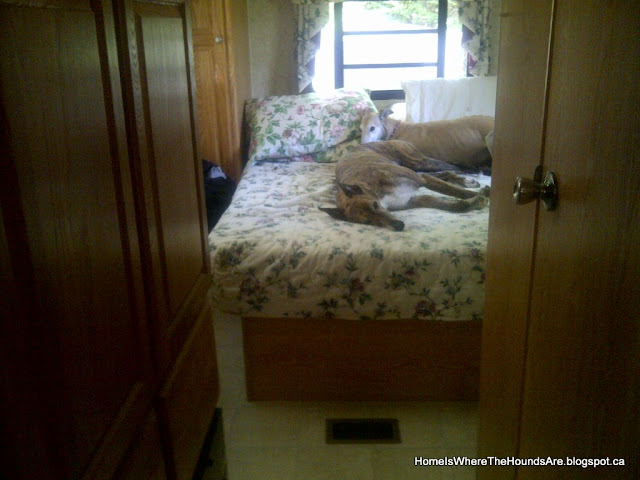 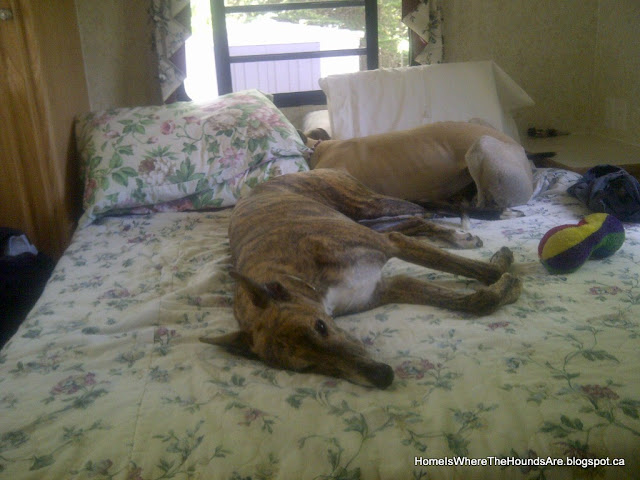 Posted by Angela J. at 21:13 9 comments:
Email ThisBlogThis!Share to TwitterShare to FacebookShare to Pinterest 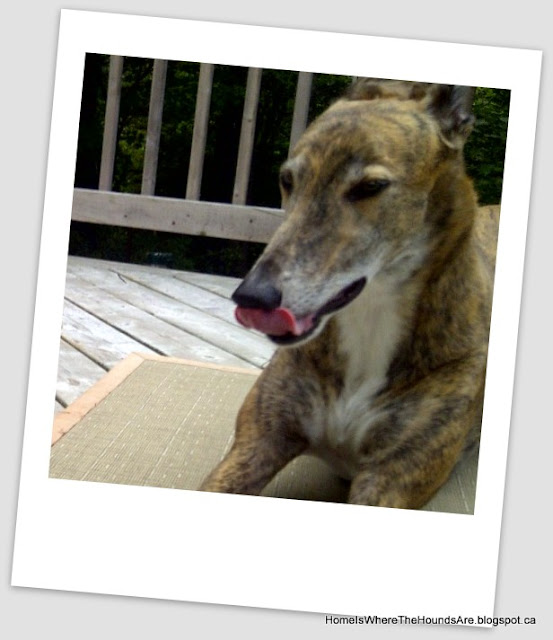 The weekend is finally here...  Bye-bye work, it's time to have some fun!
Posted by Angela J. at 21:02 3 comments:
Email ThisBlogThis!Share to TwitterShare to FacebookShare to Pinterest 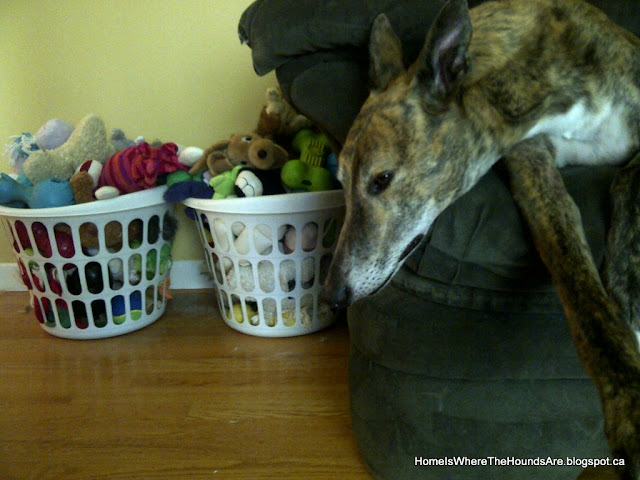 Beckett: I already played with all those toys... I'm bored. This heatwave is cramping my social life.  I don't even have the energy to get up off this couch.

Mom:  Well, you had lots of energy earlier, where did it go?  Maybe the early morning squeak fest took it?
(**warning - video sound may cause excitement in some hounds, just not this one right now**)


Posted by Angela J. at 11:33 9 comments:
Email ThisBlogThis!Share to TwitterShare to FacebookShare to Pinterest 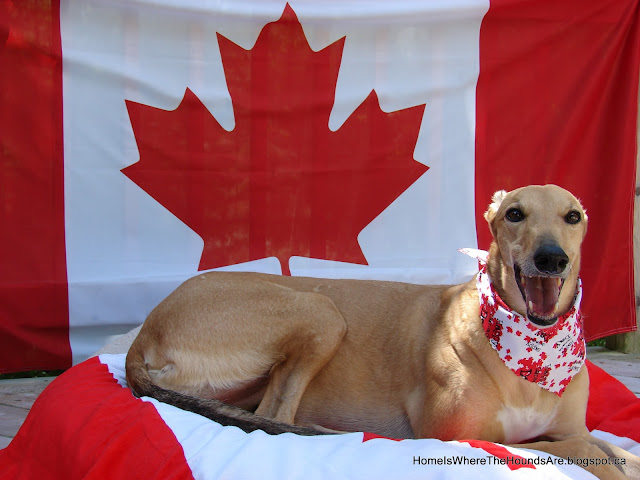 Maddy:  I have only been a Canadian for a year and a half, but I think it suits me!  Have a safe and happy Canada Day to all my fellow Canucks, eh!